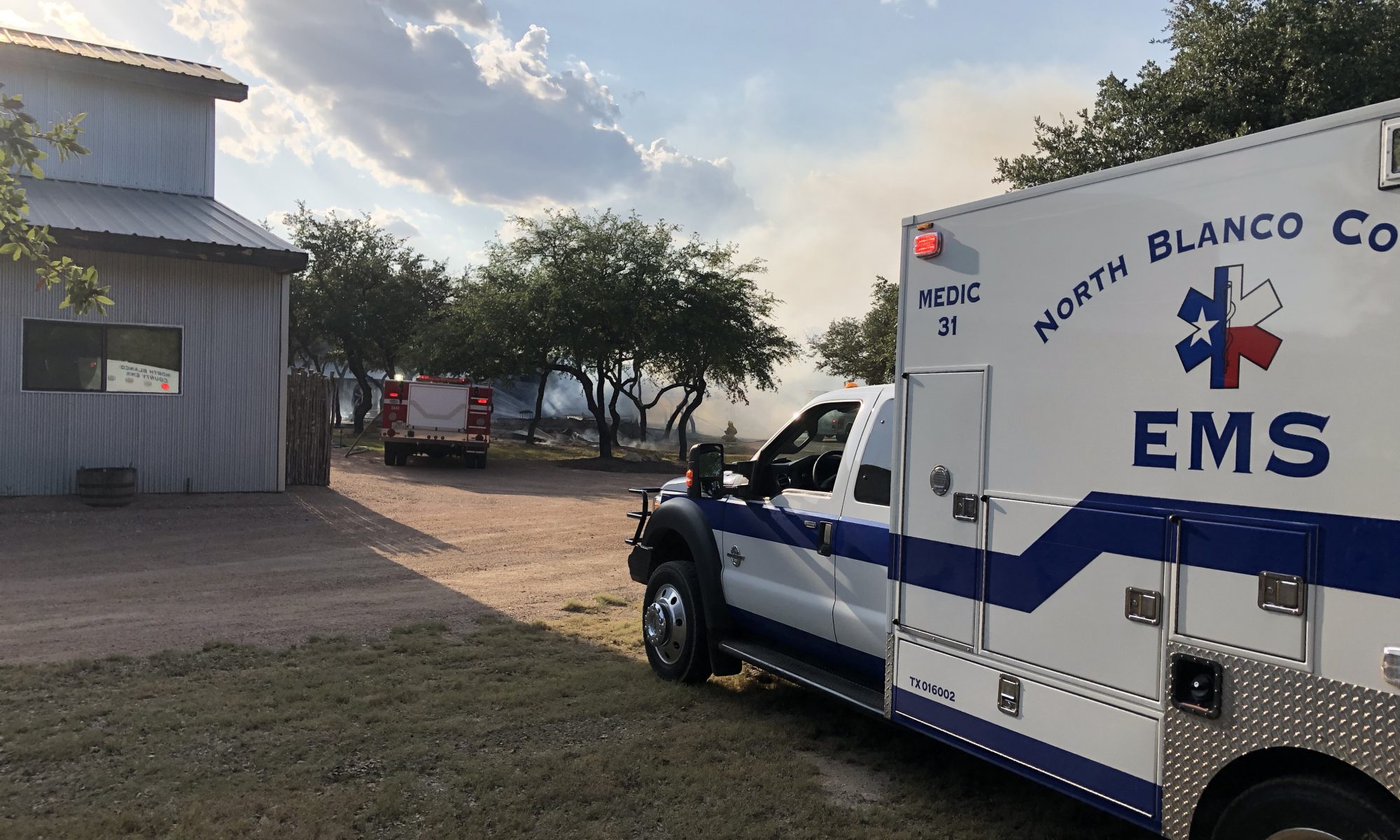 North Blanco County EMS is a non-profit organization which has been providing compassionate and competent pre-hospital emergency care to the citizens of Blanco County for the past 47 years under contract to the North Blanco County Emergency Services District #1. North Blanco County EMS was established in 1972 by a dedicated group of volunteers and was originally formed as the Johnson City Volunteer Ambulance Association. We service an area of approximately 550 square miles, with an estimated population of 6,300 people. Our response district encompasses the Johnson City ISD and includes the communities of Johnson City, Round Mountain, Hye and Sandy. Our territory includes 44 miles of three heavily-traveled major highways (US Highway 290, US Highway 281 and State Highway 71), Lyndon B. Johnson National Park and Pedernales Falls State Park. Our central station houses our three ambulances, administrative offices and staff, crew quarters and training center. Our station is staffed 24/7 by our dedicated personnel, with full-time coverage at the MICU level.

North Blanco County EMS operates three Frazer Type I Ambulances on Ford F-450 chassis from our central station. All three ambulances are identically stocked and are licensed through the Department of State Health Services as BLS with MICU capability. We operate our 911 ambulances at the MICU level, which are typically staffed with (1) Paramedic and (1) EMT-Basic, although sometimes they are staffed with (2) Paramedics. All of our units are equipped with state-of-the-art equipment including LifePak 15 cardiac monitors, as well as EZ-IO Devices, CPAP, Video Laryngoscopes, IV Pumps, Stryker PowerPro stretchers and Electronic PCR toughbooks. We carry over 65 different medications including TXA and antibiotics and have some of the most aggressive clinical protocols in the State.

In addition to our fleet of ambulances, we also have (2) Command Units which are equipped at the ALS level, as well as a Mass Casualty Incident Trailer which is stocked with supplies and equipment to treat 25 patients.